10 Things You Don’t Know About Me 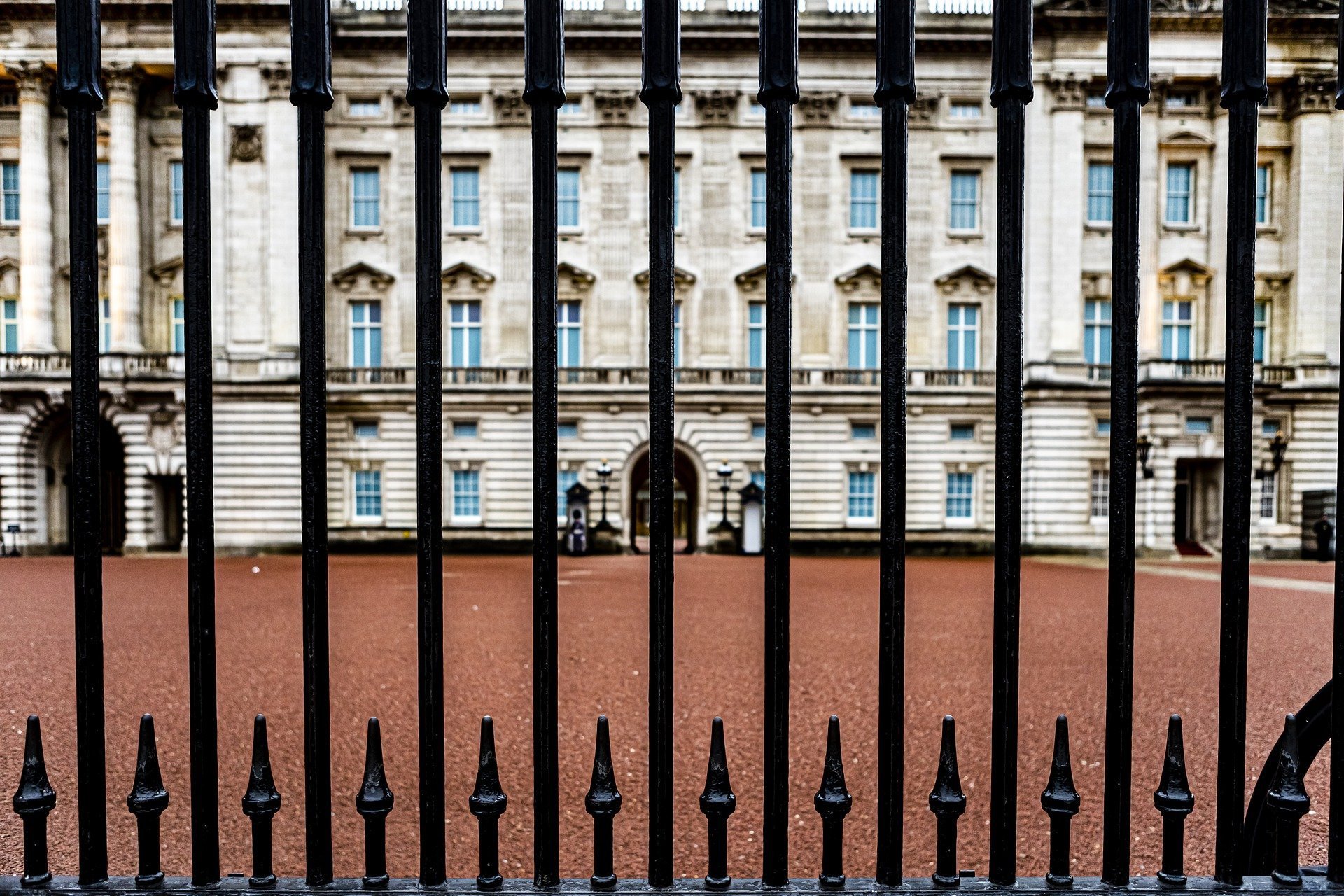 I often say that I am an unusual and quirky type of person. I have a lot of odd and sometimes funny things that most people don’t know about me.

I’m not normally the type of person that shares information about myself but I’m also a very nosy person. I love to read these types of lists about other people whether I know them or not.

It’s interesting to see how many things you have in common with others, or how some people have very unique experiences.

That being said, I will now share my own.

10 things that you don’t know about me.

But honestly, in my opinion it doesn’t really count. I’m a January baby which means that I started kindergarten at age 4 instead of 3.

All of my friends from my daycare were just a few months older than me which meant that they all started a year earlier. But because we all were growing and learning together as friends I was at the same intellectual level as they were.

My grade one year was a split class of grades 1 and 2. My teacher recognized that I could do the grade 2 work and let me join my friends. By the end of the year she decided it best to let me advance with them instead of making me do grade 2 work again.

Events in my life turned everything upside down for me. I ended up hanging out with an older crowd and I just didn’t want to go to school anymore.

I missed a lot of classes and it got to a point that there was no way that I would be able to pass my courses. The school met with my parents and told them that I would have to leave for the rest of the semester.

I went back the next semester and turned things around. I ended up graduating 4 months later than I should have but at least I did it.

3. I broke my leg, my arm, and fractured skull by the time I was 8 years old.

No, I was not abused. I was adventurous and clumsy. Two characteristics that don’t go well together.

I don’t remember the exact ages of when everything happened, but I do know that my fractured skull was first.

I was very young and in daycare and wanted to be like the big kids and went on the swings that didn’t have the safety bar. I ended up falling off the swing backwards. That’s not what did it though. The swing seat, which was made of metal came back and whacked me in the forehead.

My dad took me to the hospital. After a round of xrays, the technician says Ok, you can go. My dad took me home. Turns out he just meant that we could go back to the waiting area. They called home and said we had to come back right away because my skull was fractured and I had a concussion.

Next was my leg (foot). Now when I say that I broke my leg, I actually cut the bottom of my foot.

I jumped into a city wading pool and stepped on something, we still don’t know what. But whatever it was cut the bottom of my right foot from one side to the other and also cut all the tendons inside.

My mom was with me and the hospital was conveniently directly across the street from the park. But she still had to call my dad to come and take me to the hospital. We had our dog with us, as well as our blankets and lunch for a fun day out.

I ended up having to have surgery immediately because of the blood loss and they ended up stitching the tendons and my foot while I was still awake. And had a cast on my leg for the entire summer vacation.

And finally, my arm. Again, I was with my daycare, and again it involved the swings.

This time we had gone to a park nearby and instead of using the swings how they are meant to be used, I decided it would be fun to climb the swing set and swing from my arms off the the crossbar that holds up the swings.

Needless to say, it was not a good idea. I slipped and fell, and putting my hands out to catch myself ended up breaking my wrist in two places. Another summer with a cast.

My parents were great people who had hard times. They didn’t live the healthiest lifestyles and I do think that was a contributing factor to their early passing.

My dad died in 1998 from pancreatic cancer. He was diagnosed on his 54th birthday and passed 7 months later. It was fairly quick but very difficult. I was 21 years old.

My mom was diagnosed with stage 4 lung cancer in 2012 and she lasted about a year or so with both chemo and radiation therapies. She passed 10 days before her 67th birthday. She was my best friend. I was 36 years old.

A lot of girls have the feeling when they are young that they want to be a mom. Not me. I didn’t like kids. So I gave myself a deadline. I told myself that if I didn’t have a baby by the time I was 28 then I wouldn’t have one at all. As it got closer, I extended it to 30 just to have an even number.

I had my daughter when I was 29. She snuck in just under the deadline. I was clueless, and terrified. I had never changed a diaper, fed a baby or even held a baby before that day.

But she is the best thing in my life. I wouldn’t change anything.

6. My mom accidentally killed my budgie

Since there was no real bird seed, my mom looked for an alternative. She thought that uncooked white rice would be a nice treat for him. But what happens when rice hits water? It expands.

The poor bird was almost twice the size when we found him. I was heart broken at the time and although it is a horrible story, we would often laugh and tease my mom about it for years afterwards.

7. If you say my name wrong, I won’t correct you

I’ve had people call me the wrong name my entire life. It’s really not that difficult. I was named after the Isle of Skye in Scotland. It is pronounced “sky”. Not ski, not sky-e. Just sky.

It is my middle name which also made things difficult in school. You have to register with your full name, and everyone automatically assumes that people go by their first names. I had to always pay attention the first day of school or if there was a substitute teacher. Listen for Deborah and tell them it’s Skye.

As I got older, I started to develop anxiety which also included a social anxiety which makes it very difficult to draw attention to myself or to speak up. It got to a point that I would just answer to Deborah and not correct anyone.

I’ve also answered to ski, sky-e and even star. There was even a woman in our building that called me Scottie for over a year before my mom corrected her. I don’t know where the hell she got Scottie from Skye.

8. I have an odd fascination with being able to see sound. Like jets, bombs, etc…

Have you ever seen those videos of explosions that have the mushroom cloud and then you see the ring quickly expand around the blast site? I absolutely love being able to see sound.

Every chance I get, I go to the air shows just so I can watch and listen to the jets fly by and see them break the sound barrier. It’s fascinating.

9. I am four degrees of separation from the Queen of England

In my case, I have figured out that I am 4 degrees of separation from the Queen of England.

I used to work with a woman who went to school with David Furnish, who is married to Elton John, who knows the Queen of England. See, 4 degrees.

10. I wanted to be an astronaut

When I was young I watched a movie called Space Camp. I feel like I’m the only one in the world who has ever seen it because every time I ask people they have no idea what I’m talking about.

It was about teenagers that were somewhat gifted and interested in becoming astronauts. They got to spend time at a NASA space camp and learn the ins and outs of everything. While doing a simulation in a space shuttle, something goes wrong and they end up launching into space and have to get themselves back home.

This movie started my interest in space and for many years I wanted to become an astronaut. But if you read fact #2 on this list you would know that school wasn’t exactly a strong point.

Now that there may be space travel available to regular citizens, perhaps the idea of going to space isn’t that far off for me. I just need to save a few million dollars to save my seat.

I love to make lists. Ok so that might be considered number 11, but I’m sure that it is a pretty obvious one. Let me know in the comments below if you have any experiences or facts that are similar to mine.

Also, please subscribe to my newsletter to be updated on when new posts go live.